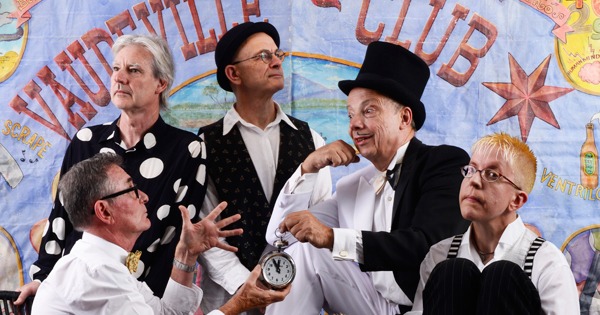 Expect the unexpected as these “virtuosos of the bizarre” create a live stage experience that must be seen and heard to be believed. Wielding National guitars, ukuleles, a sousaphone, a phono-fiddle, actual garbage cans and metal sinks, there really is nothing like them in Australia today.

Diagonally Parked in a Parallel Universe